Geology in the Mat-Su Valley

Geology in the Mat-Su Valley

The Matanuska-Susitna Valley has been perfectly carved over thousands of years to frame glaciers, mountains, rivers, and become an entrance to exploration. This valley is located in the southeastern region of Alaska, dipping into the Interior. You’ll pass giant peaks etched away and dropping into cliffs that meet the river basin. Accessing the geological wonders this valley has to offer is as easy as a drive down a paved highway. This area is only an hour from Anchorage and a bridge to remote grandeur.

The Matanuska-Susitna Borough encompasses over 23,000-square-miles. Geology in the Mat-Su Valley is shaped by three different ranges, the Talkeetna mountains, the Chugach mountains, and the Alaska Range. Much of this valley lays on top of rock that formed during the age of the dinosaurs. There are fossils layered in the sedimentary rock now. People will fossil hunt by Moose Creek, looking between rock layers and along the riverbanks for prehistoric gems.

Additionally, metamorphic rock overlays these sedimentary features giving the landscape its’ gnarled and jagged appearance. The crumbling metamorphic rock is what makes the traverse across the Chugach and Talkeetna range that much more dangerous in the southern region for adventurous travelers. In contrast, some faces of rock expose igneous slabs. These walls see few climbers, leaving quality routes for sport and traditional climbing.

The valley towers with the Talkeetna range on one side and the continually growing Chugach range on the other. As soon as you enter into the lowland you look up to terraced walls carved by glaciers that are spotted with giant batholiths, formed from from cooled magma deep in the Earth’s crust. The glaciers responsible for these carvings are the Matanuska and Knik Glaciers. These rivers of ice were once thousands of feet higher and longer than they are today. 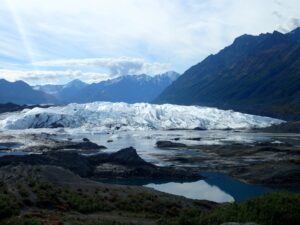 The Matanuska Glacier is a great way to see hands on how ice still slowly carves the valley.

Glaciers ground through the valley with the weighted force of ice and gravity. They moved along, gaining and losing mass as the seasons changed. They scraped the basal ground layer beneath them and the walls of what we now see as a canyon landscape. Deposits of rock and old moraine line the toe and edges of the glacier. This moraine lays over sub-levels of ice and gives way to feelings of walking on the moon.

These slow moving glaciers scraped away at the rocky mountain sides, hence, leaving behind the current crumbled terrain. This terrain is made up of clay, rock, and fine ground sediment known as rock flour. This rock flour has the ability to form into thixotropic mud, a non-Newtonian substance, as a result, the substance has the characteristics of cornstarch and water. This can create a fun hands on science experiment, a spa-like experience, and if not given the proper awareness, a life threatening hazard.

Water takes the easiest pathway through the ice and over the mud, deluging into the Matanuska River. The waters are thick with a consistency of gritty rock flour that constantly churns with the raging waters, creating a grey appearance in color. The river lets down into the valley, braiding itself with the easily erosive shorelines.

As the melt of the glaciers influence the river, similarly, the river influences the shape of the shorelines. This fast moving water undercuts giant walls of conglomerate rock as well. Boating down the river may be the best way to see these spectacular rock vistas. 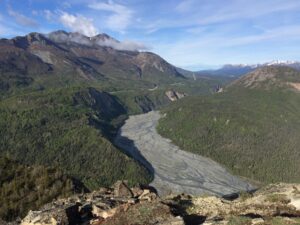 At the top of Lion’s Head you can get panoramic views of the interconnected geological aspects.

Multiple points of confluence exist in the river from the glacial melt. This exacerbates the difference in density of rock flour in each water source. Further, it cultivates a variety of different colors of water in rivers and creeks. As you round the corner from Caribou Creek you can catch a view of the Lion’s Head. This figurine of the valley is a volcanic plug. It can be spotted by its resemblance to a prowling lion.

Volcanism once opened the earth here and oozed magma until it slowly cooled layer by layer until a plug was created. There is a 2,000 foot plummet off the southeast facing wall of the head. Once upon a time, the Matanuska Glacier had sheared this face off of the plug as it moved down the valley thousands of years ago. You can hike up this volcanic token and reach sprawling views of the Matanuska Glacier spilling out between Mt. Wickersham and Mt. Marcus Baker.

There are many perspectives to choose from when exploring the valley. You can take the bird’s eye views from a helicopter seat and get the bigger picture or cruise along the highway in your vehicle. Maybe you’ll step over rocky moraine to unearth quartz and olivine scattered about. There are many opportunities to admire the many facets of geology in the Mat-Su Valley. 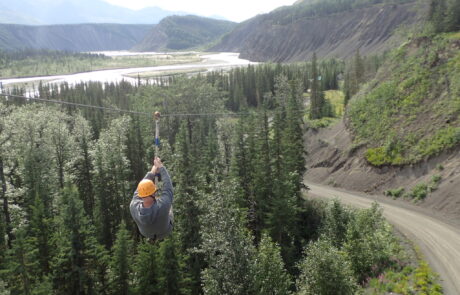 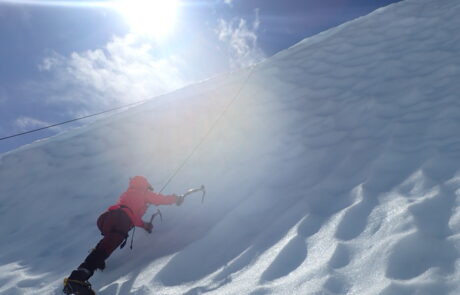 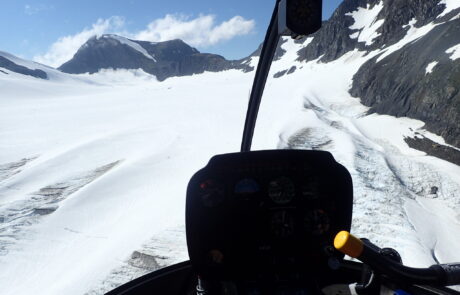 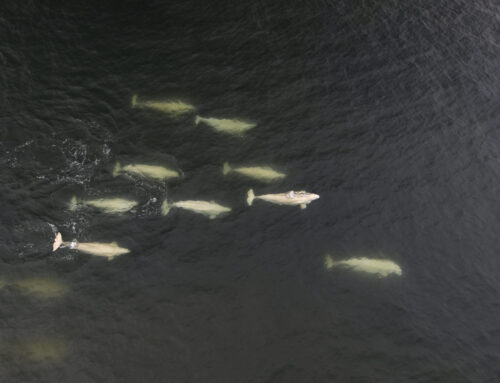 The Magnetism of Whales and the Northern Lights Gallery

The Magnetism of Whales and the Northern Lights 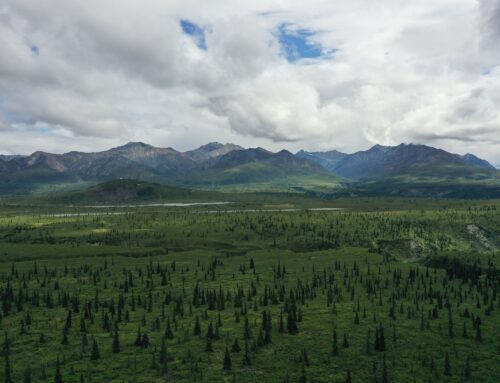 The Alaska State Fair: A History 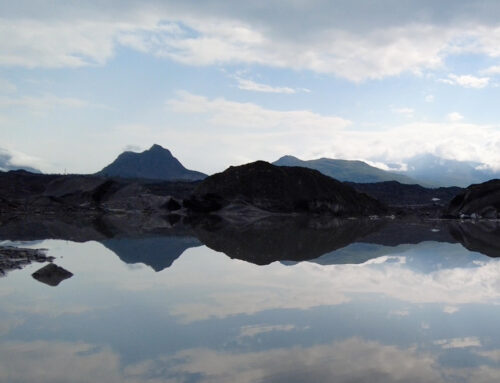 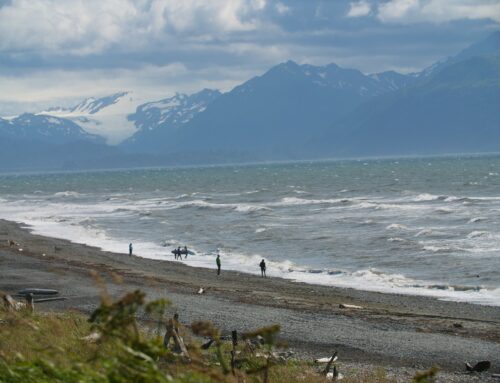 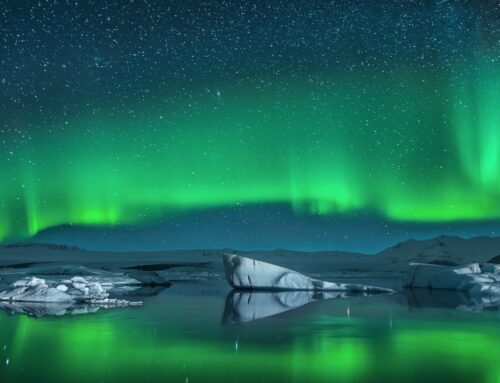