This area encompasses some of the most remote areas in Alaska. Many cities and natural wonders are reached by bush plane, boat, off-road vehicle, or foot. This area is so remote that even the caribou outnumber the people. The Arctic circle lies within this northern region. The Yupik and Inuit people are indigenous to the far north and have survived off of fishing, whaling, and caribou for thousands of years here. Their culture and subcultures still live in the cities today.

The far north is the area that is within close proximity to the Arctic Ocean. This region can be found past the Yukon River and beyond the Brooks Range to the north. (AlaskaGov) New research is starting to show more signs of continental uplift and tectonic plate shifting that has created some of the more notable mountain features. (ScienceDaily) Metamorphosed marine and marginal sedimentary rocks, carbonate platform, oceanic igneous (ocean crust) rocks, and volcanic rocks all reside in the northern region of Alaska. (Alaska.gov) 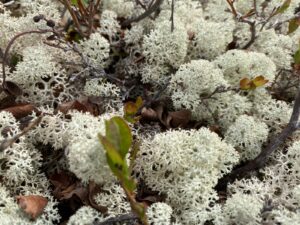 The far north is classified as a tundra. These areas are largely treeless, flat, and the soil is permanently frozen, resulting in a permafrost layer. There are lichen and mosses all around. The low lying areas tend to have small lakes scattered about them. Due to the brisk temperature, the cold limits plant growth and keeps the tundra landscape sprawling. With these wide open spaces the tundra allows windy currents from the ocean to whip across the plains at high speeds.

This is the environment of Alaska that you can find polar bears, large migrations of caribou, musk ox, and a variety of species that are more exclusive to the region. The tundra is cold and dry. The summer days create full exposures from the midnight sun. And, on the other hand, the winter provides very little sunlight. This leads to some of the best sightings of the Northern Lights.

Gates of the Arctic National Park and Preserve is a popular park to visit in the far north. Although, there are no roads or highways here. Tradition of indigenous migrations and living from the land still move very actively through many of the protected land areas. In the Arctic Wildlife refuge, a 180,000 member caribou herd, known as the Porcupine Herd, migrate through this area. (Alaska.gov)  Exploring this vast and remote space may lead you to other breathe taking and pristine wildernesses. Like those that reside in the Kobuk Valley National Park and the Noatak National Preserve.

Major cities in the far north are often centered around oil industry and fishing/hunting communities. If you are looking to get to the northernmost city of the United States, Utqiagvik (also known as Barrow) sits ocean side as a major city. They rely on the ocean and land for it’s sustainability. The famous city of Nome, home to the finish line of the Iditarod lays within this region as well. Other notable cities are Anaktuvuk Pass, Bettles, and Fort Yukon.