Prince William Sound is the part of the Gulf of Alaska located to the East of the Kenai Peninsula. It is home to several ports, Valdez, 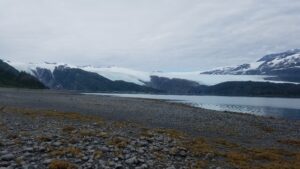 Cordova, and Whittier, as well as Native Alaskan villages. Most of the land surrounding the Sound is the Chugach National Forest, and the steep coastline is dotted with glaciers, fjords, and flowing with countless waterfalls during the warmer months. Over 3,000 miles of coastline are there for you to explore.

Valdez is the largest port in Prince William Sound. The 1964 Good Friday earthquake all but destroyed Valdez. In 1989, the Exxon

Valdez oil tanker ran aground on a reef in the Sound, spilling oil which killed thousands of animals. Simultaneously, the eco system was devastated. The delicate marine environment never fully recovered, but wildlife has returned. 220 species of birds, including bald eagles, are within view, as well as 30 varieties of land mammals, among them black and brown bears, moose, and mountain goats. In the water you can find several species of whales, seals, sea otters, and sea lions.

During the salmon runs, the rivers run red with spawning fish, but fishermen aren’t the only ones interested in catching a tasty treat. It’s feeding time for bears as well, so fishermen need to be alert as to who they’re sharing the stream and bank with. Bears don’t like to share food or fishing secrets, so give them a wide berth, especially sows with cubs in training.

The Prince William Sound was only made accessible by car from the Anchorage area in 2000 when the Whittier Tunnel opened. The tunnel provides one lane access to train and car traffic going in each direction, so pay attention to timing if you have a tour that starts in Whittier. The timetable is available online http://www.tunnel.alaska.gov/schedule.shtml and can help ease the wait time. 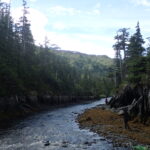 This river, filled with Salmon, outlets into the sound 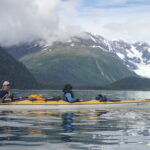 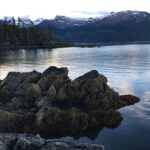 Connect with your Surroundings

Scour the rocky beaches of the coasts alongside bald eagles or enjoy one of the many ways to explore by water: sea kayak, charter boats, boat tours, or jet-ski tours. It all depends on how you want to take in this temperate rainforest. This coast is typically explored beneath heavy clouds and consistent rain. Bring your raingear, meet the wildlife, explore ancient forests, and get to know the vibrant life in the sound.

Exposure Alaska Tours have been operating since 1999, featuring the best multi-day outdoor sports packages available. In The Prince William Sound, they feature kayaking trips that range from one day to a week. 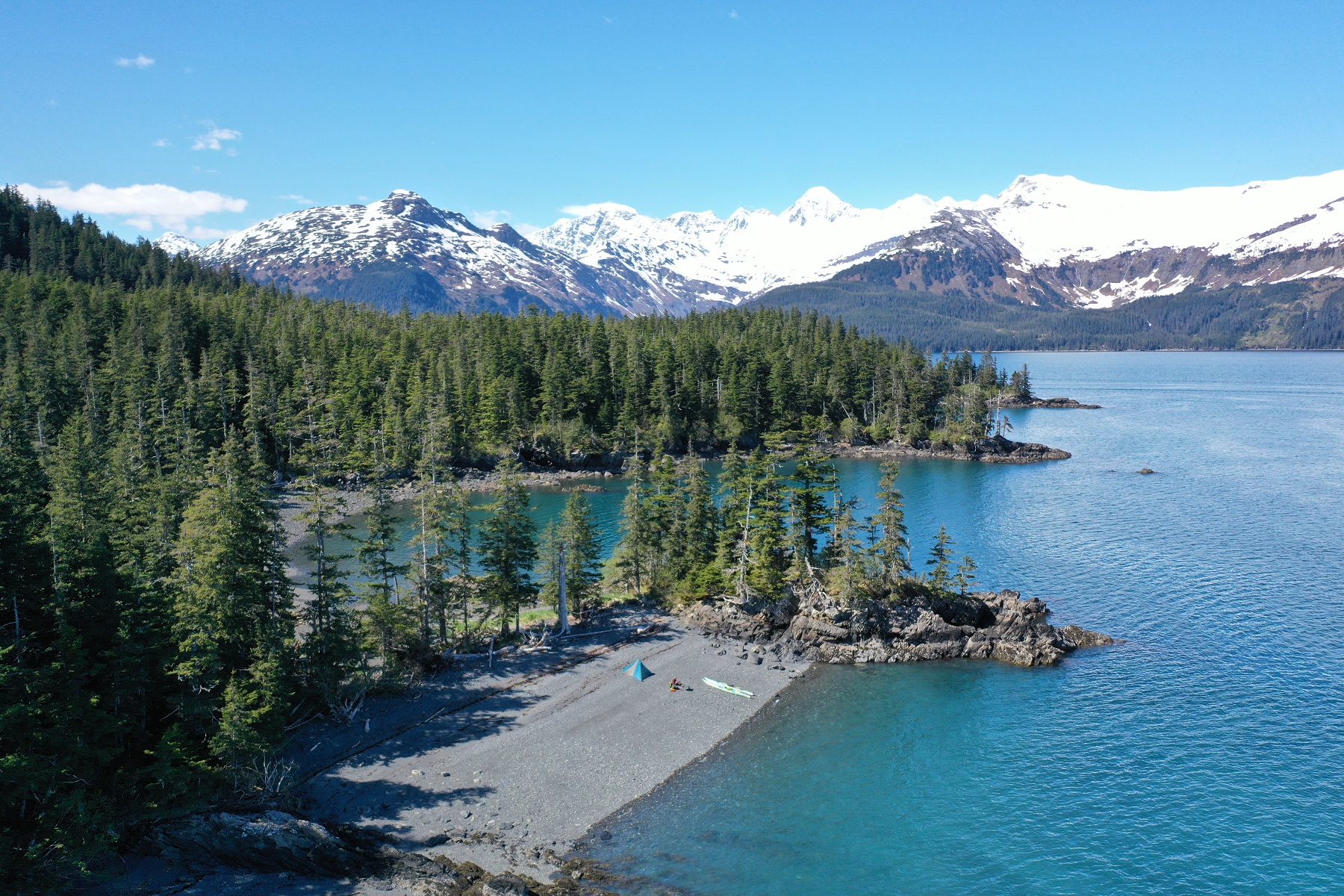 Lazy Otter Charters have some of the best watercraft in the harbor. Offering transportation, tours, and top of the line equipment, Lazy Otter gets you around Prince William Sound in style 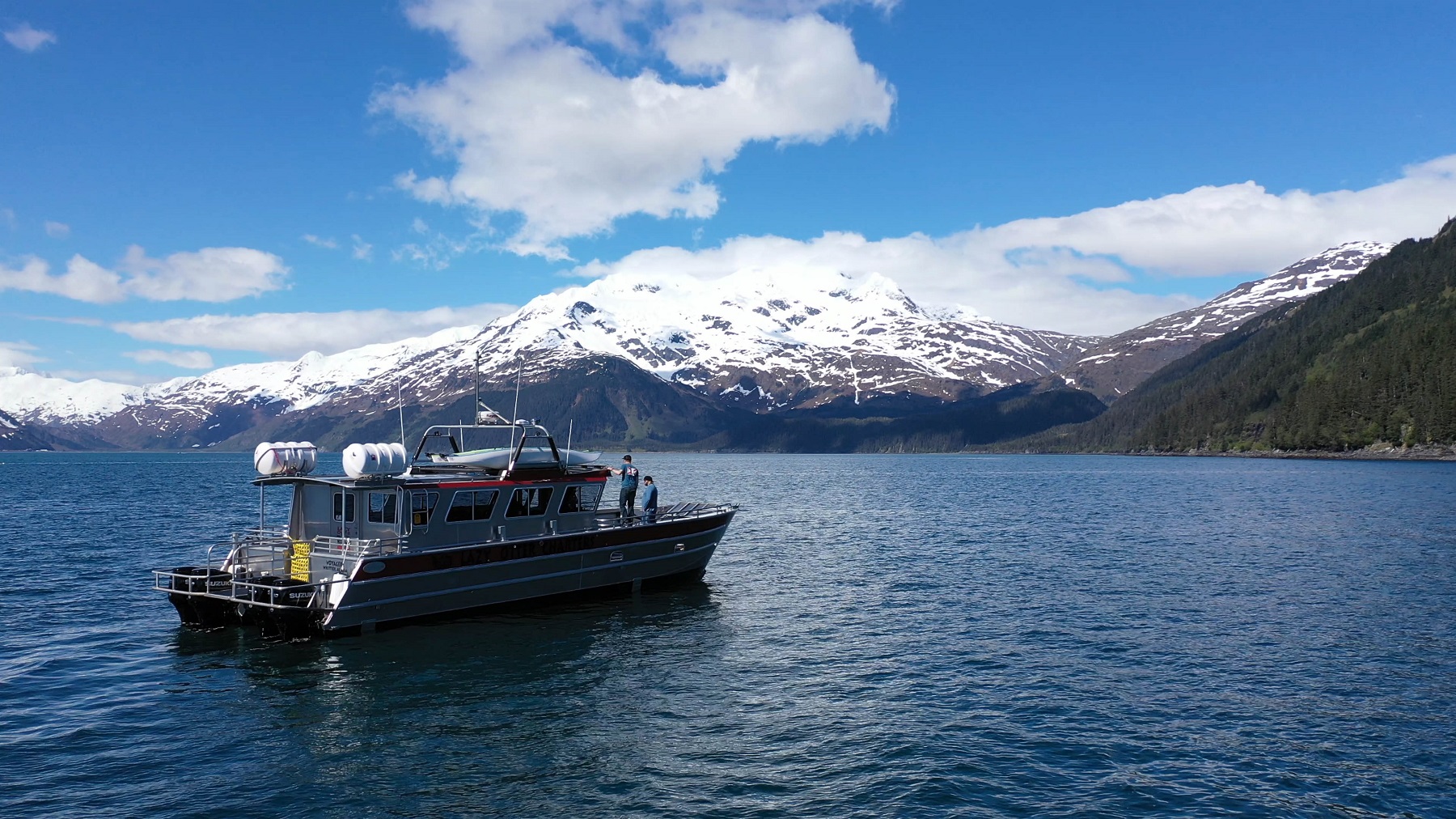