Alaska Moose are the largest members of deer family, and no where are they larger than in Alaska. Males can weigh up to 1,600 pounds, stand up to 7 feet at the shoulder, and display an antler rack that spreads up 6 feet wide. The largest samples of Alaska Moose are found in the Western part of the state, and the species spreads as far East as the Yukon Territory.

Giants of the Last Frontier

Alaska Moose are solitary giants, but sometimes they can be seen in small herds. They are loners for most of their lives with the exception of mating season. In autumn and winter, the bulls will fight each other over a mate, and the loser has to wait until the next year to attract a cow and try again. This is known as rutting season, or ‘the rut’. Males will even dig pits to fight other competing males.

Bull moose grow a new impressive antler display every Summer. They can add a pound of bone and an inch of antler per day! Antler racks can weigh approximately 80 pounds. Alaska Moose live primarily in the forests and eat the tender shoots of vegetation and trees, like birch. They lack front teeth, so they use their durable lips, tongue, and gums to pulverize their food. Moose have specialized joints on their front legs that allow them to punch forward as a defense mechanism. Additionally, they can bend those joints to kneel down and get any fresh new grass that may be coming up.

Fur coloration varies from a light brown to dark, with the older moose wearing the darkest coat. Young calves have a rust brown coat which is soon shed for brown. Alaska Moose roam during rutting and calving seasons. They can travel a few miles or as much as 60 miles. 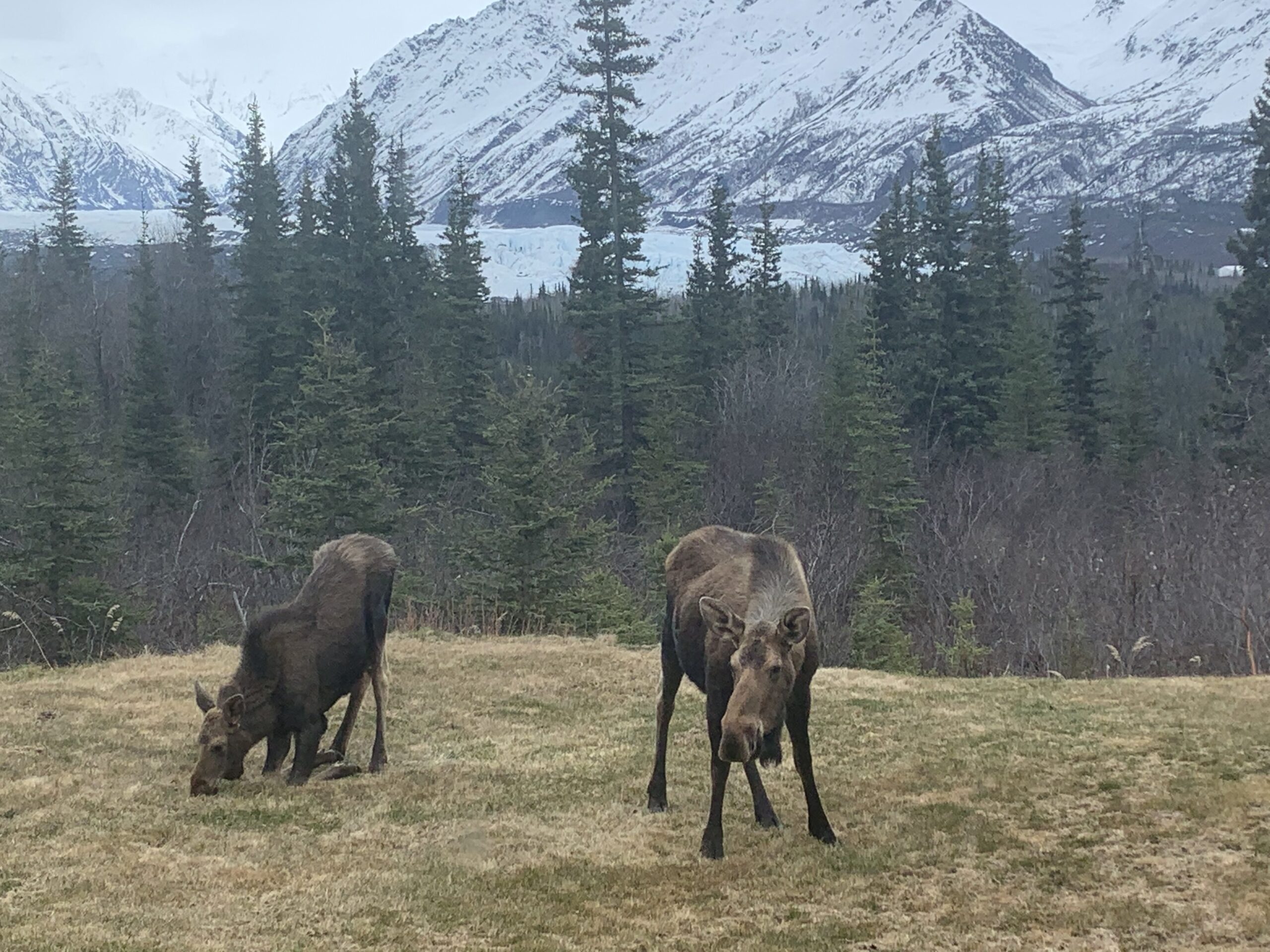 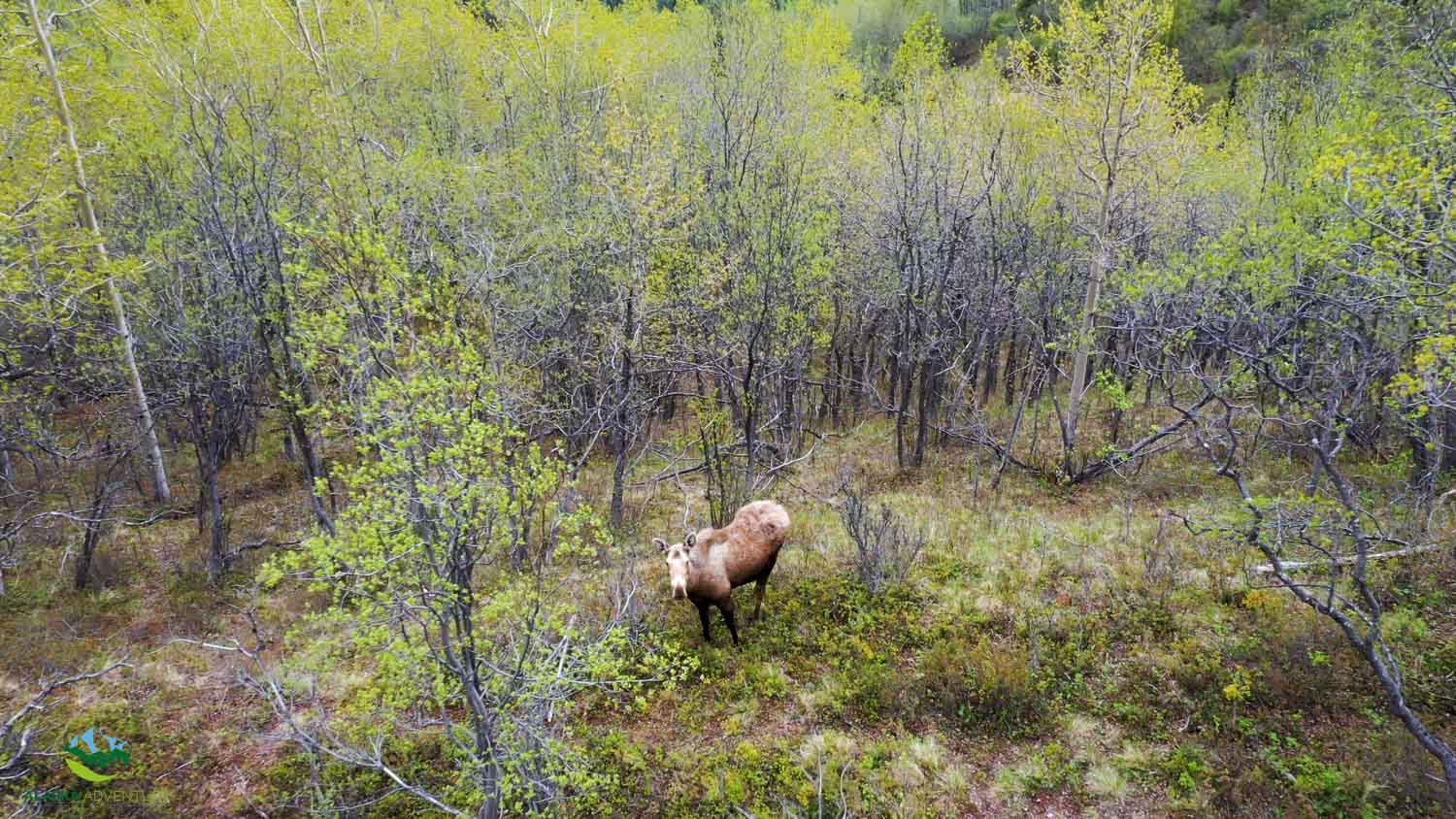 The Alaskan-Yukon race of moose seem to have adapted to the presence of humans. Often, they are seen on or near roadways and strolling through town. Land clearing activities attract moose to the tender new vegetation that grows. They are not usually aggressive towards people except during mating season, when rutting moose will also attack deer, wolves, and even bear. Additionally, when a cow (female) is with her babes, it is best to never get between the mother and their young.

The Alaska moose can be found in abundance near wetland vegetation such as river willow. Simultaneously, they can be found all over the state. Be mindful and respectful of their habitats and your personal safety, and take in the grandeur of the Alaskan moose.